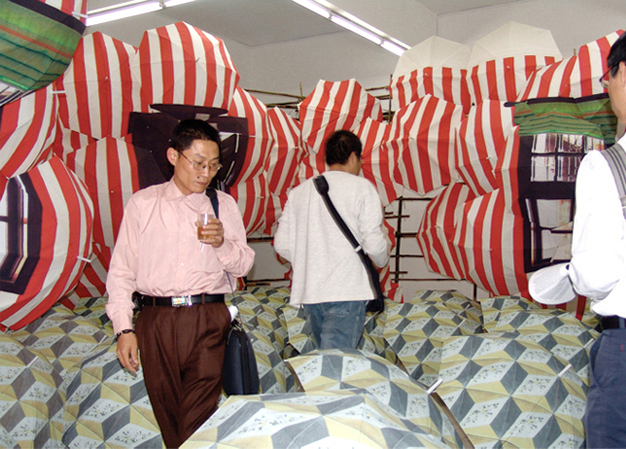 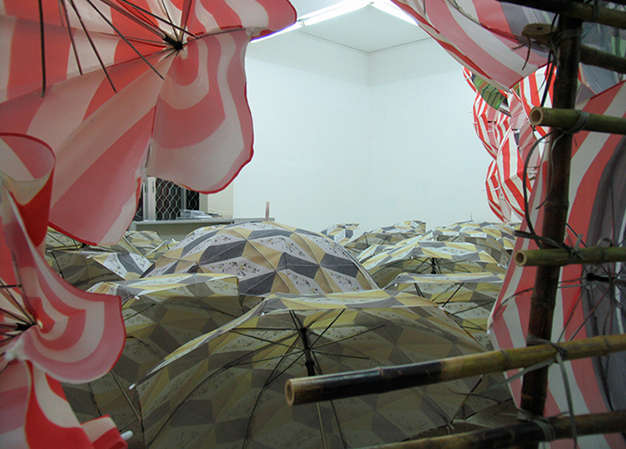 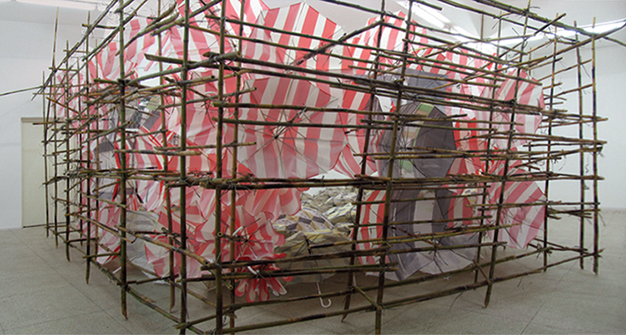 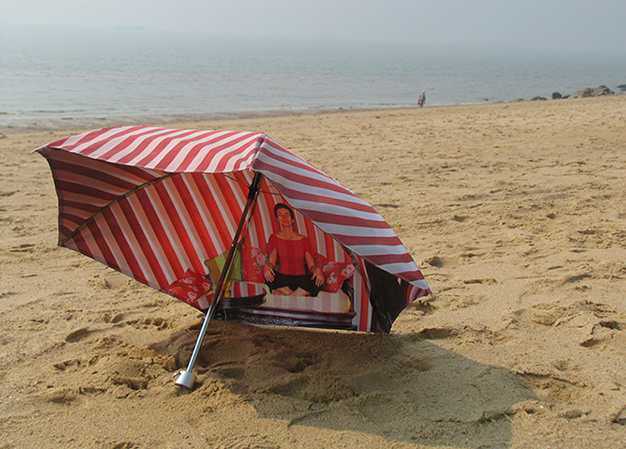 The work uses as a starting point a photo taken in the living room of the Night Lily, a beautiful guesthouse on Gulangyu Island near Xiamen. The walls and floor in this interior are both covered in overwhelming patterns that suggest depth and a play with our perception.

Using an umbrella as a building unit, I re-constructed this interior. The umbrellas borrow – or sublet – the patterns of this space and the suggestion of space imply a third dimension. By choosing for the umbrella – a four thousand year old Chinese invention – I wanted to pay a tribute to my temporary (cultural) surroundings at that time, as well as be able to create a large-scale work that could afterwards collapse and be taken with me when I leave.

Supported by: The Mondriaan Fund