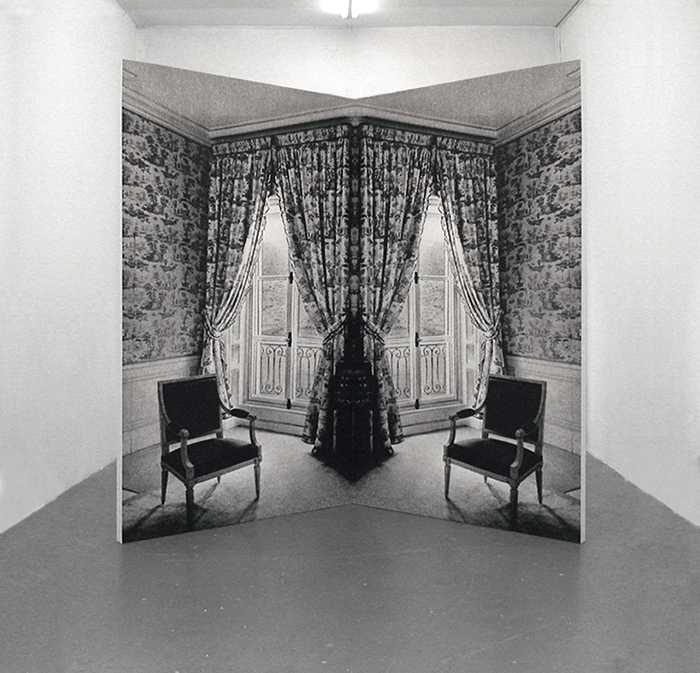 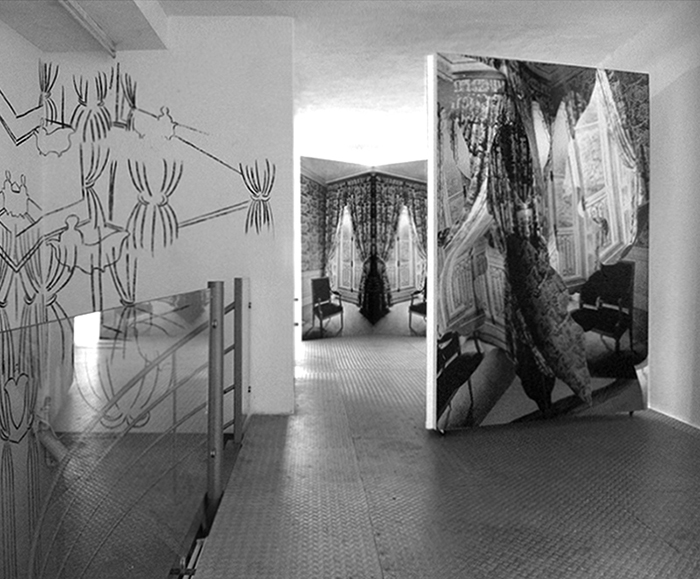 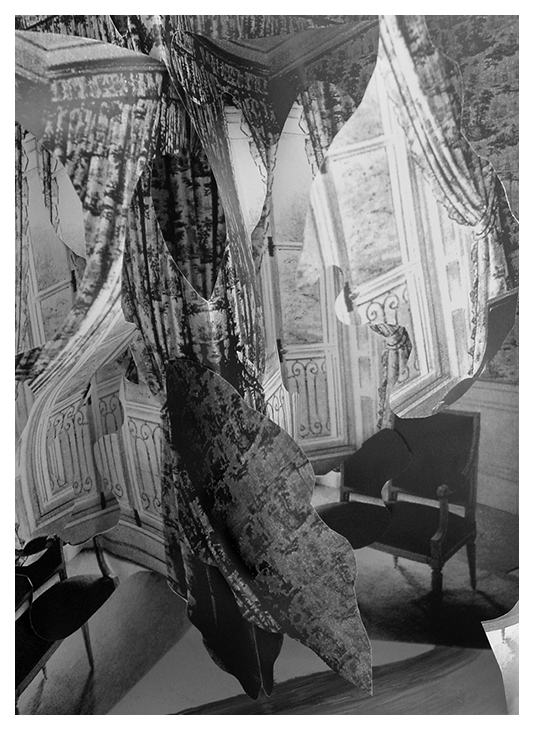 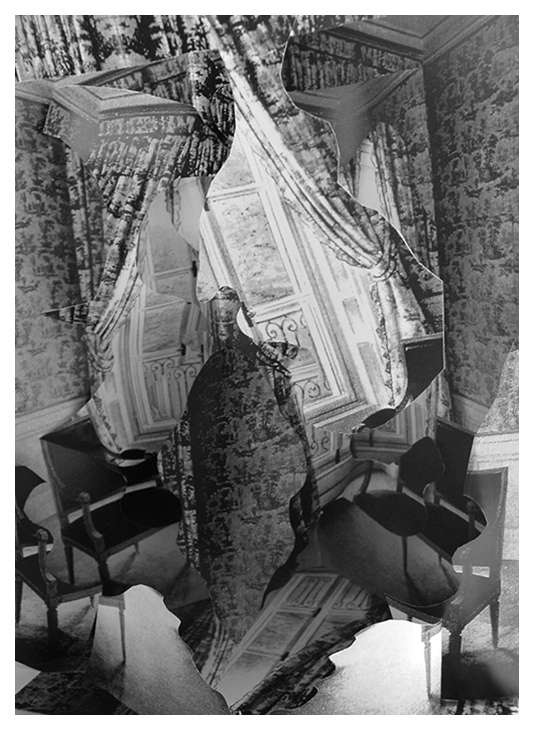 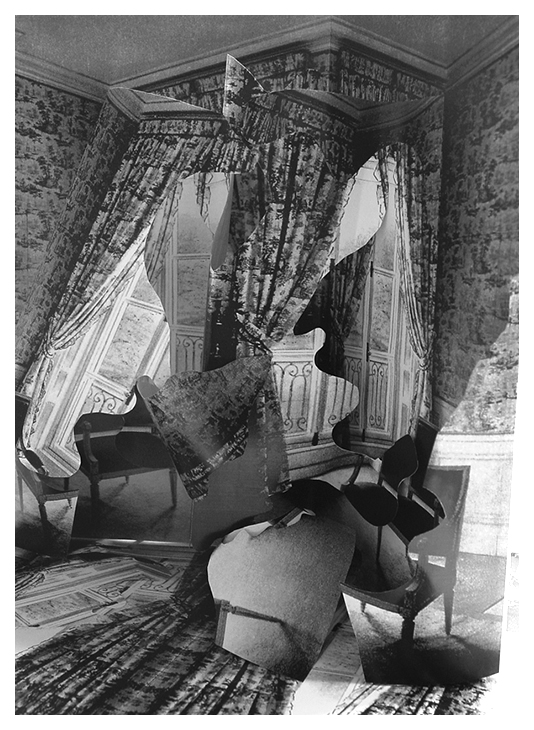 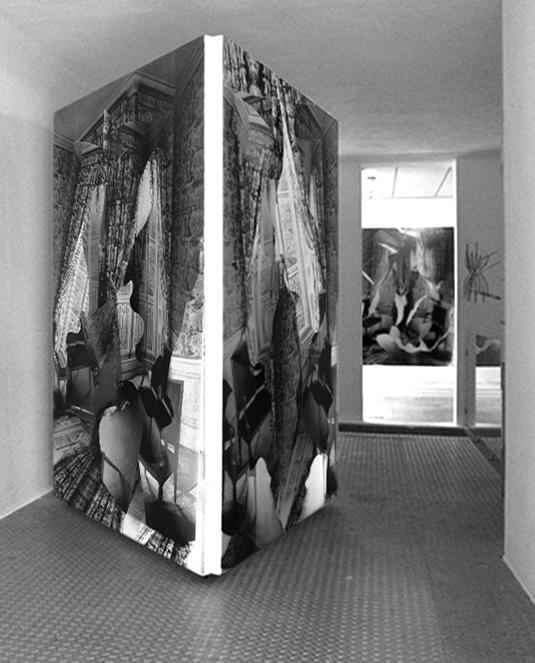 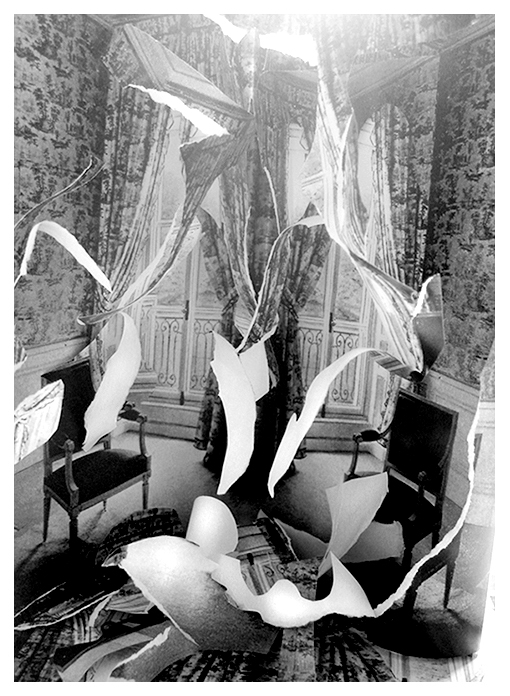 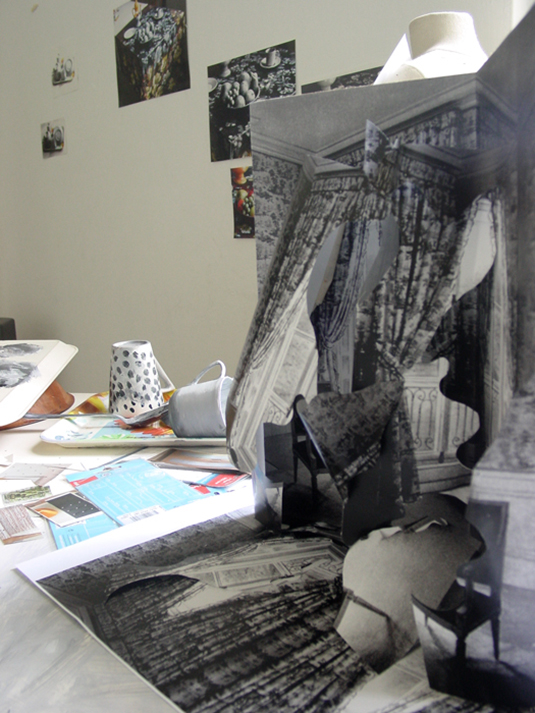 A photo of an interior found in the book ‘Comment Installer son Intérieur en Louis XVI’ was copied and mirrored into an A3 full-spread. Stood up on a table, like an open book, this maquette became a small stage and at the same time also the protagonist. Wanting to simulate natural forces – such as earthquakes and windstorms – I subjected the maquette itself as well as the image it contained to a number of handlings, including copying, cutting, ripping, pasting, and re-positioning. I registered this process of transformation continuously with a photo camera.

This documentation resulted in a series of still images, showing different moments of a new ‘event’ staged in the old photo, it’s interior being given a new life. As a final step I enlarged the maquette into a full-scale setting. It’s empty chairs inviting the viewer to take on their role.

The Event Series was awarded the W.F.C. Uriot Price by the Rijksakademie, Amsterdam in 2004.

In 2005 the work was shown in Sign Gallery, Groningen (solo: Event and The Underground) and in Buro Leeuwarden- Fries Museum, Leeuwarden (solo: How to Install Her Interior in Louis XVI).