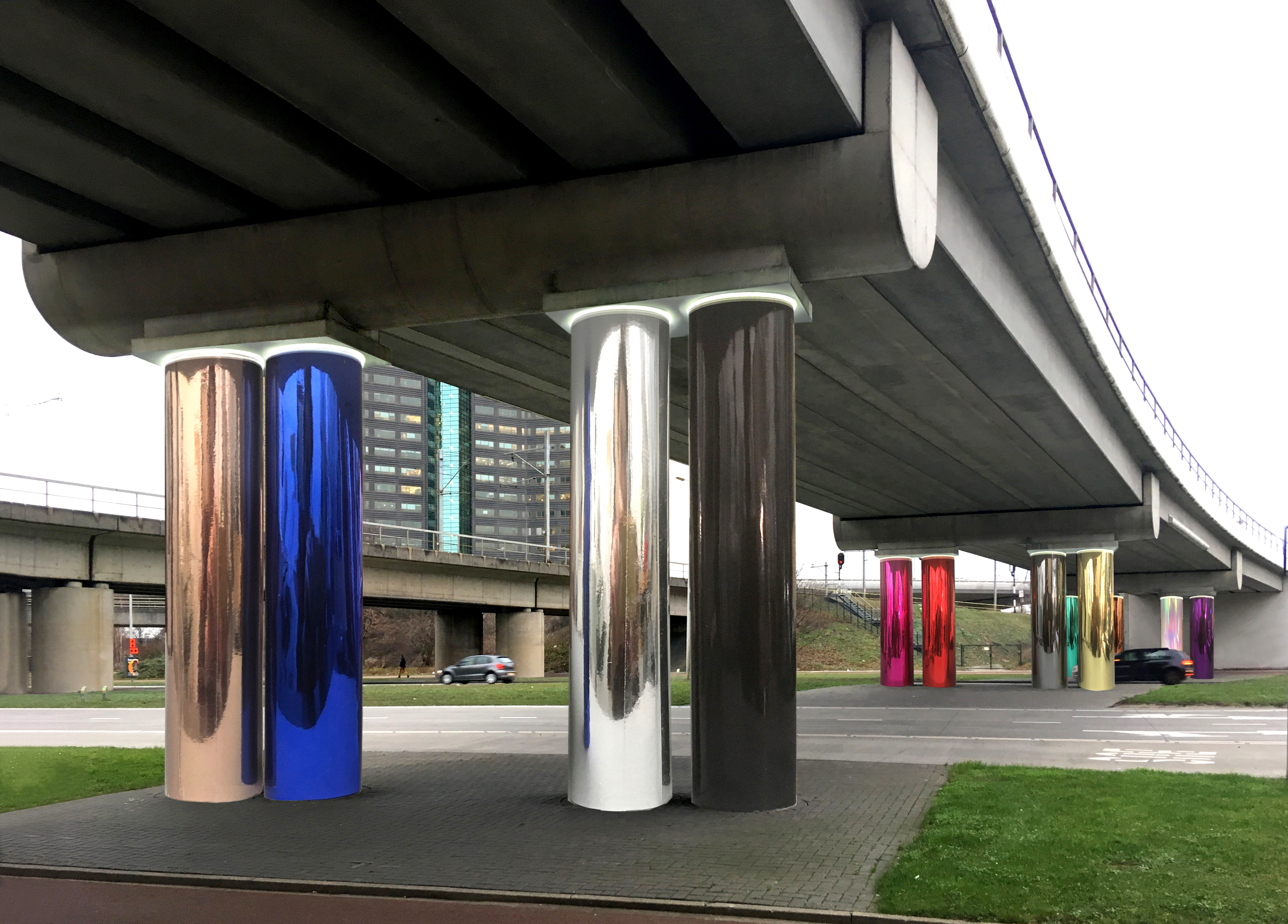 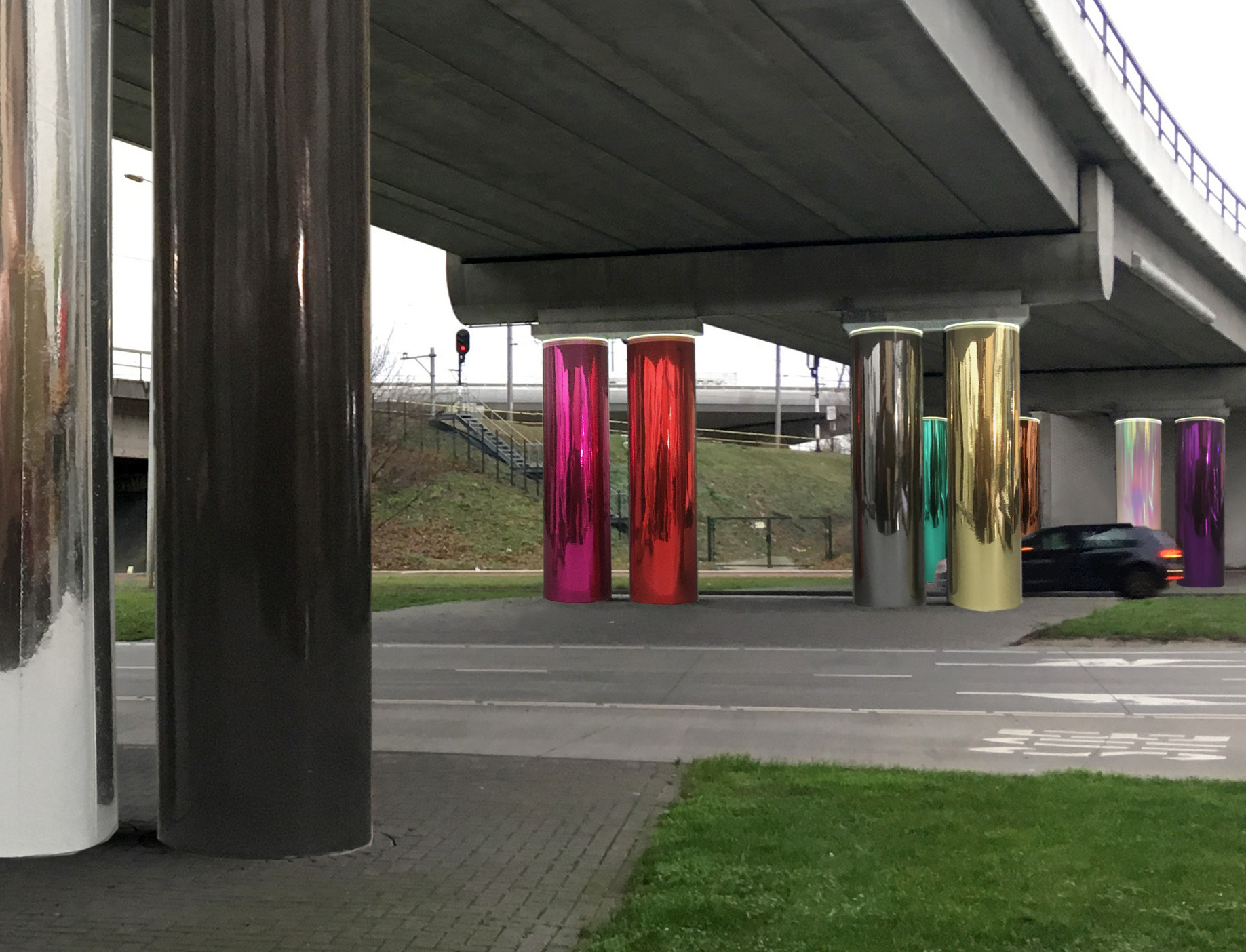 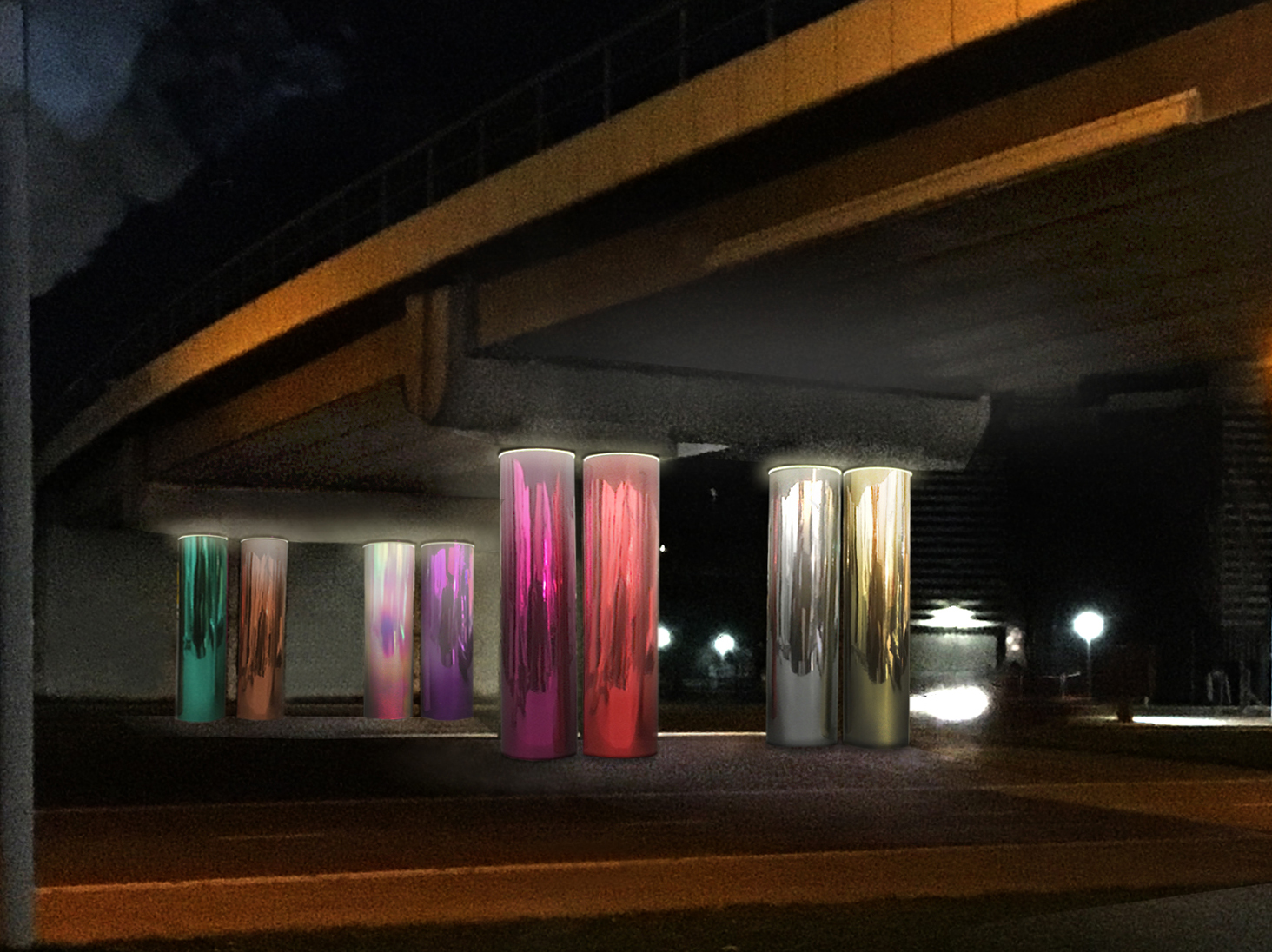 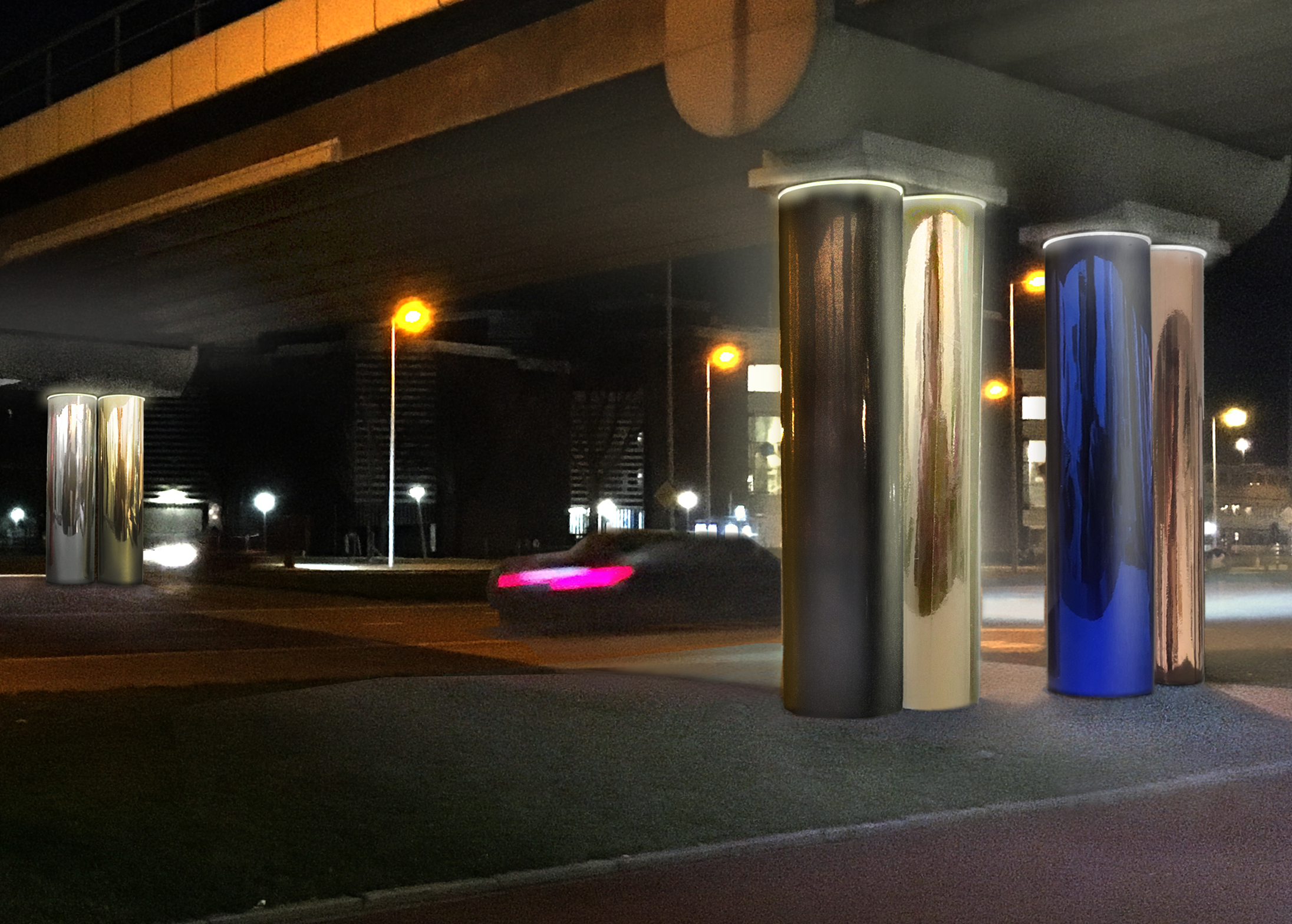 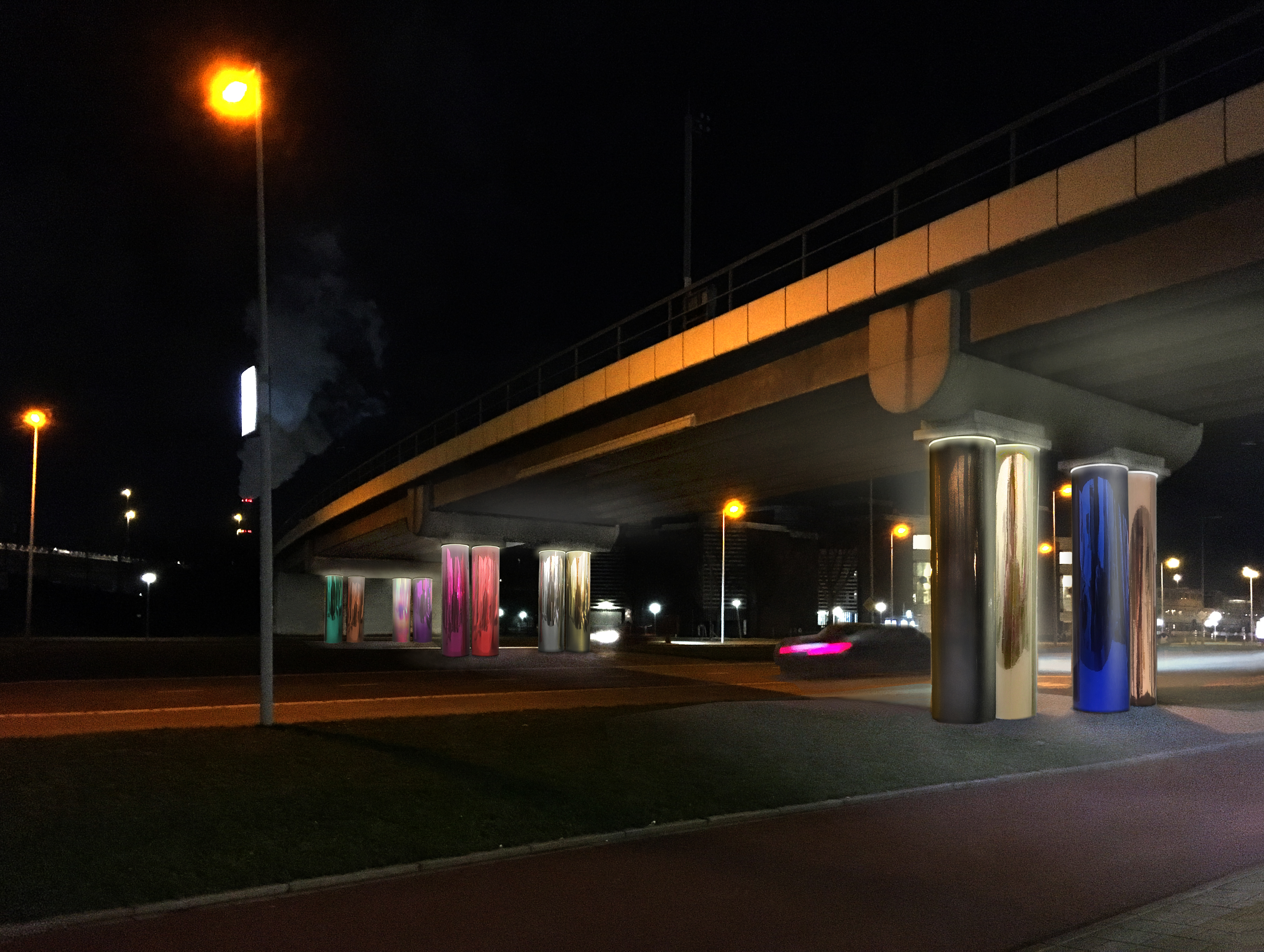 THIS FUTURE IS NO FICTION

This public space intervention is my proposal for the annual art manifestation Get Lost, taking place this summer in the Amsterdam district Sloterdijk.

Thanks to city planning, this rough and neglected neighbourhood is about to transform into a highly urban space within a short period of time. To coincide with the announcement of this upcoming change, Get Lost have developed a contextual framework for this exhibition under the name Playstation Sloterdijk, with the ‘aim to analyze and incorporate the notion of humans at play as being a fundamental aspect of the anthropological shaping of ourselves, and the societies we construct around us’.

Investigating this context further, I became inspired by the importance of using our imagination for playful activity, and more specifically by the existence of imaginary worlds and virtual realities within the context of gaming.

Commissioned and unrealised by: Foundation Get Lost, Playstation Sloterdijk