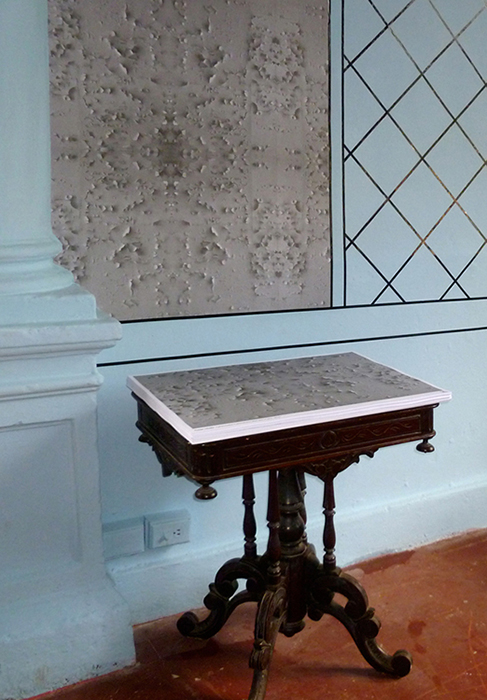 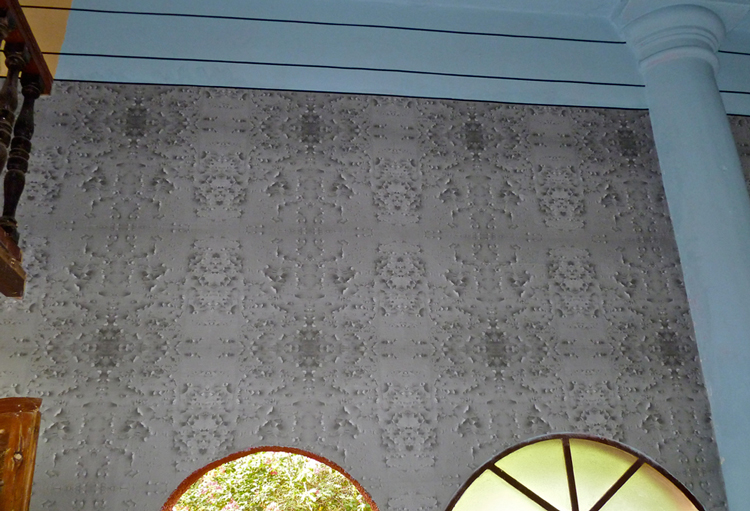 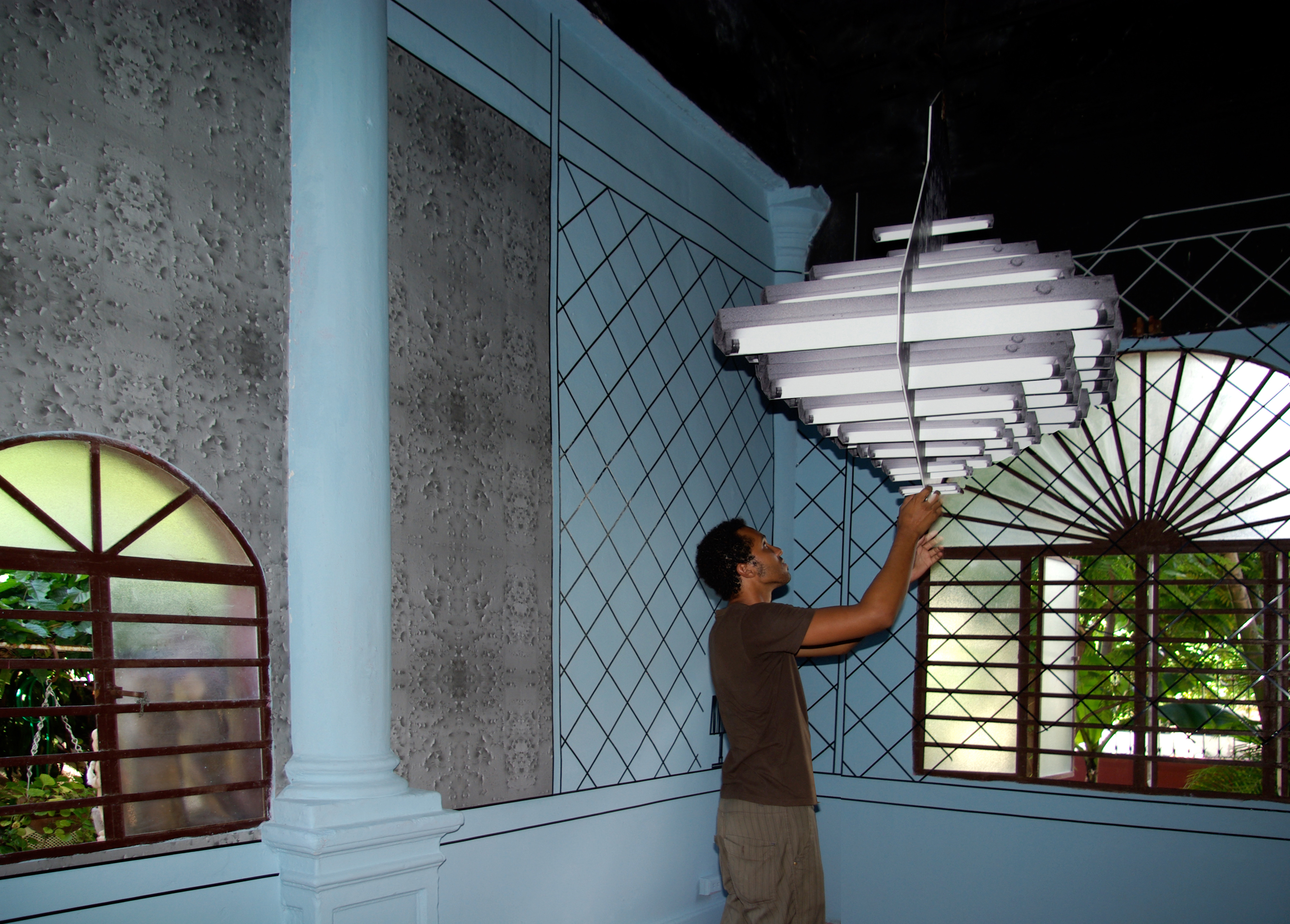 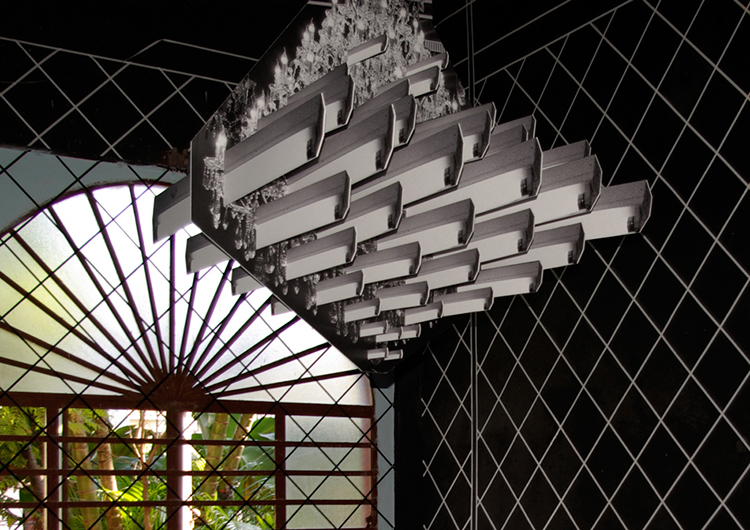 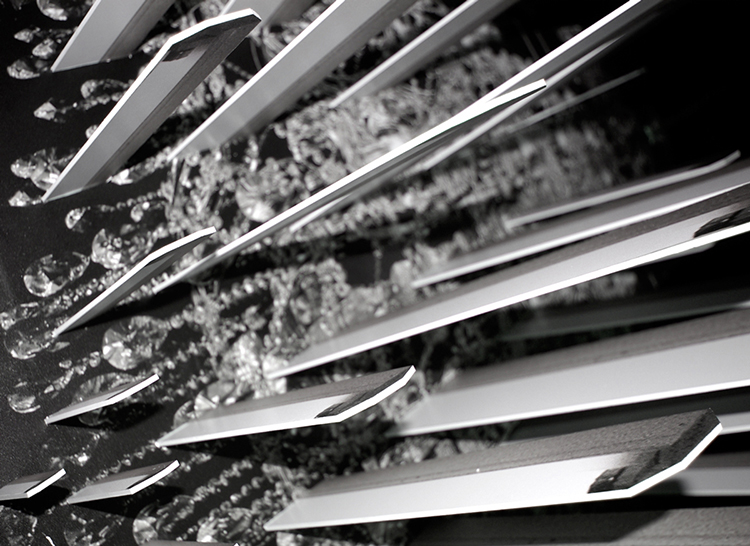 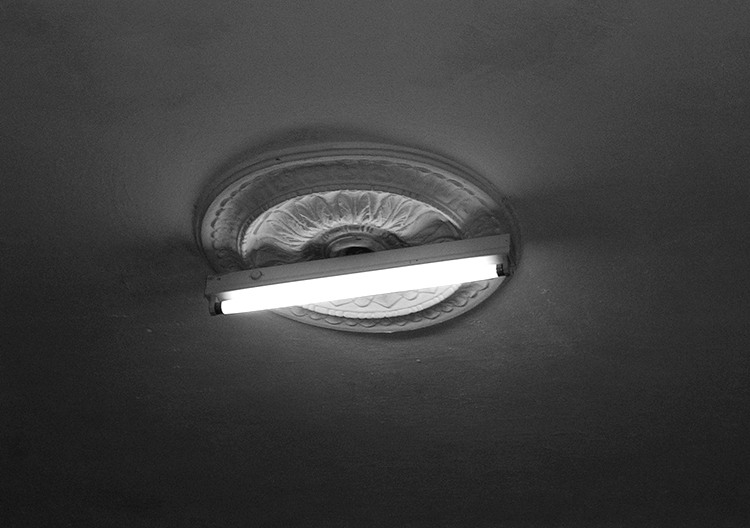 installation in collaboration with Aam Solleveld

The inspiration for this site-specific installation came from our fascination with the influence of social and political conditions on the aesthetics of interiors in Cuba. We used our individual archives of photographs previously taken in Havana as a starting point for the dialogue between our two distinctive visual languages, but still sharing a common interest in the interiors.

As a remainder of the times past, I used the photograph of a decaying wall as a sample for the wallpaper in the gallery. Every visitor was given a layer of this wall in the form of a poster, to symbolically recreate the work in his/her own private space. From the ceiling, I hung an object made of multiple prints of neon tubes piercing through a print of a crystal chandelier. Not only acting as an autonomous object it is also a reflection on regulations of the Cuban government to economise the use of electricity through the use of neon light.

Continuously on the gallery wall, Solleveld made an intervention with a tape drawing; as a grid bringing a new dimension into the space. One that occasionally disappeared at the eye level, making room for the contours of everyday household objects to emerge, again breaking the structure apart.

Supported by: The Mondriaan Fund