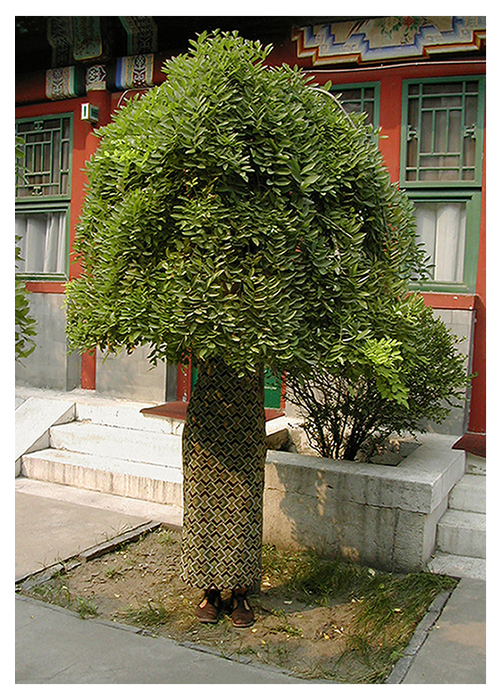 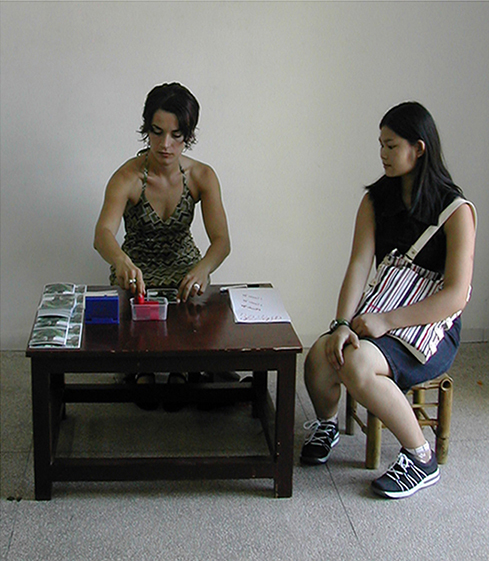 This work is part of the series ‘Self As Repetition’ wherein I investigate the power of repetition by subduing myself to different repetitive acts, wanting to get close to the essence of (being a) pattern.

The image portrays me standing under a tree in a courtyard in Beijing and was produced as a postcard. Consequentially I commissioned three stamps to be made by a Chinese stamp maker: one saying “I Remember You” (in English), and the other two carry my name Sanja Medic (one in Cyrillic and one in Mandarin script). The work was made possible through a trip to China with the Rijksakademie Amsterdam. During the opening at the CEAC I stationed myself at the entrance of the gallery to perform the stamping of each image with my custom-made stamps in order to give them away to visitors on their way out. The result was triple-stamping more than 300 postcards in one night. This work was a reflection of my first impression of China: while feeling a huge cultural gap, I wanted to blend in and connect, and ultimately give something back.