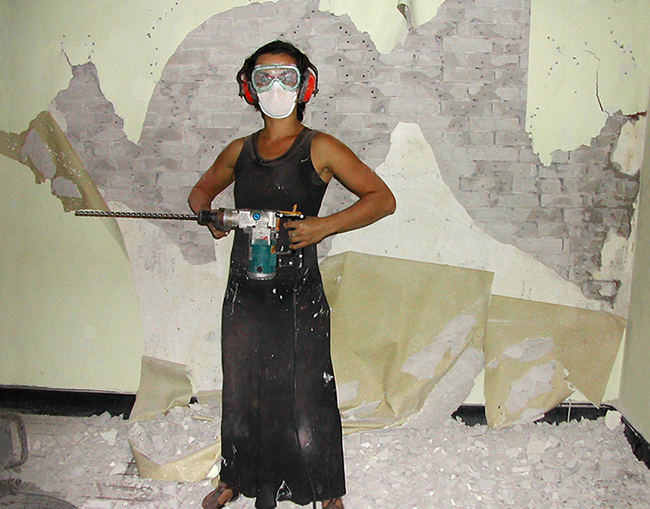 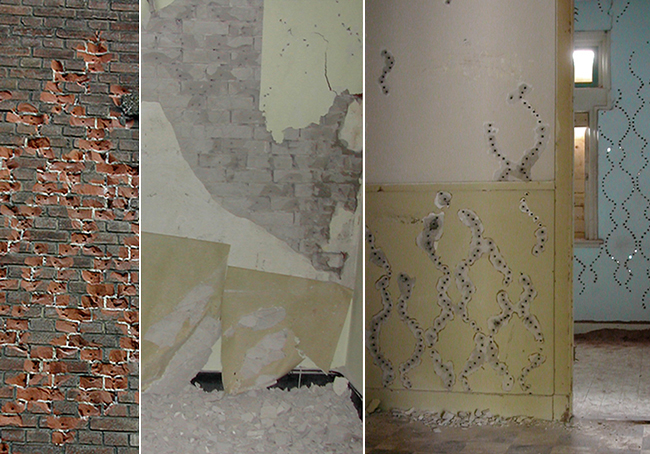 This work is part of the series ‘Self as Repetition’ wherein I investigate the power of repetition by subduing myself to different repetitive acts, wanting to get close to the essence of (being a) pattern.

During the course of five days, by means of a constant repetition of drilling holes through the walls of a room in a soon to be demolished 19th century house, I fashioned the final interior decoration of this space. While trying to ‘draw’ contours of a simple organic wallpaper pattern on the walls, the precision and the speed of my act depended on my own physical condition and the material condition of the walls. At the end of the fifth day I had to stop the performance due to constructive safety concerns. By subduing myself to this repetitive act, I wanted to get close to the essence of (being a) pattern.