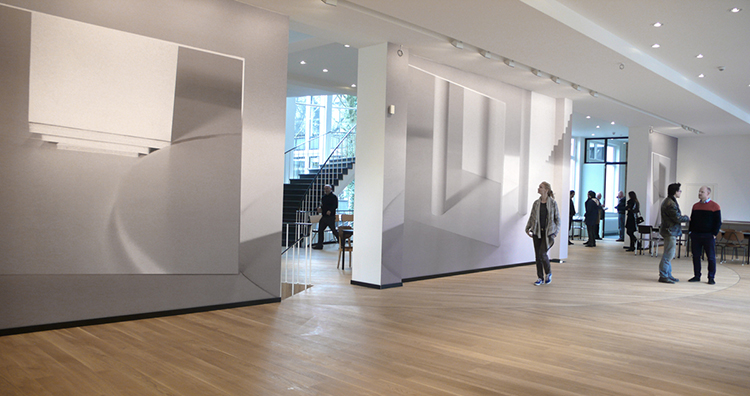 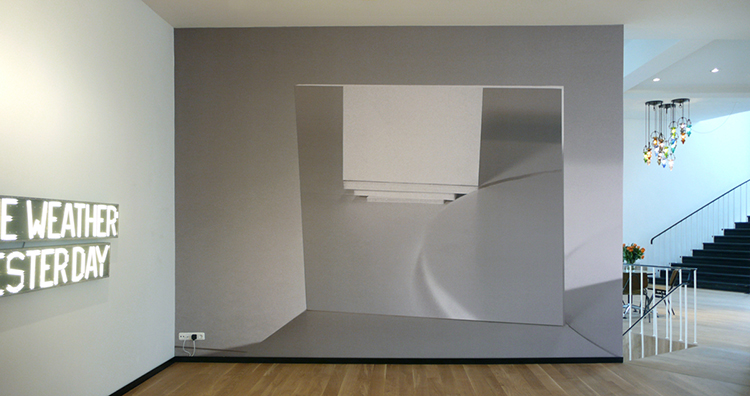 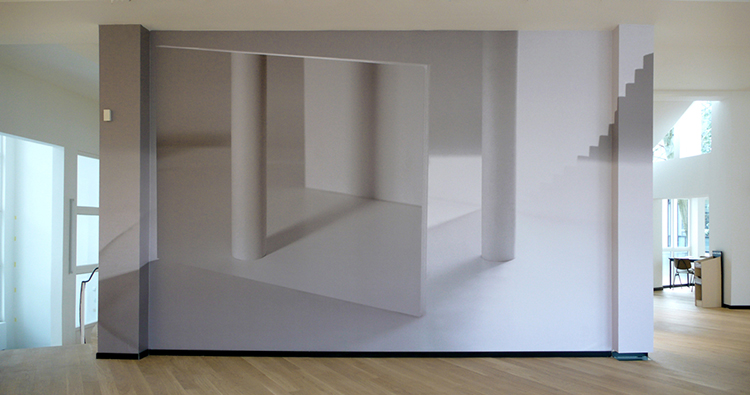 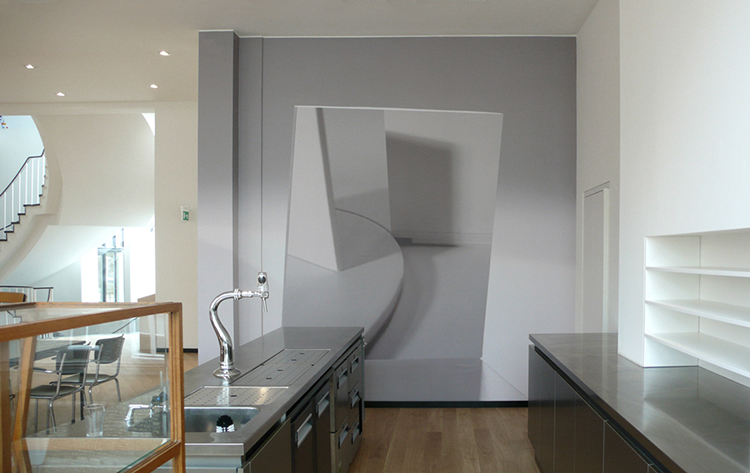 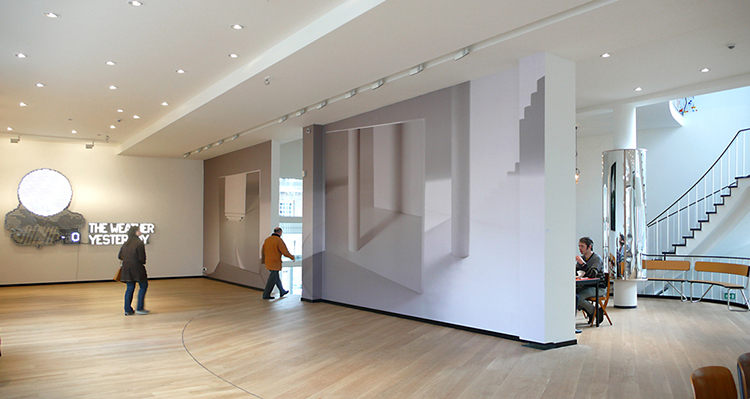 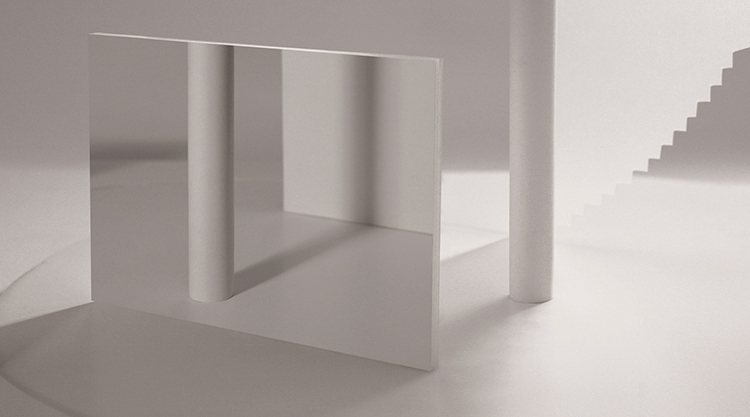 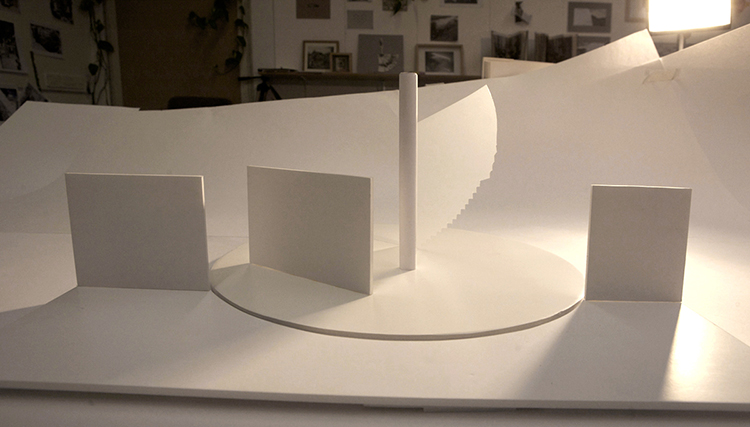 Van Eyck’s Mirror is a triptych inspired by Foucault’s interpretation of Jan van Eyck’s painting ‘Arnolfini’s Wedding’ (1434) in which the mirrored image of the couple from behind tries to escape off the canvas.

I used the basic ground plan of the foyer of the Van Eyck and from this constructed a foamboard maquette of the space, then photographed the model diagonally from both the front and back, and afterwards digitally merged these two opposite views into a single composite layer. Finally the scale of the image was modified once again and blown up to full-scale covering the three adjacent walls in the space.

Placed in direct relation to the space in which it stands, like Foucault argues, the work mirrors itself as an alternate certainty. Praising the beauty of the original design of this modern building it simultaneously playfully refers to the new lines and new views for this institution into the future, thereby revealing itself.

Commissioned by: The Van Eyck