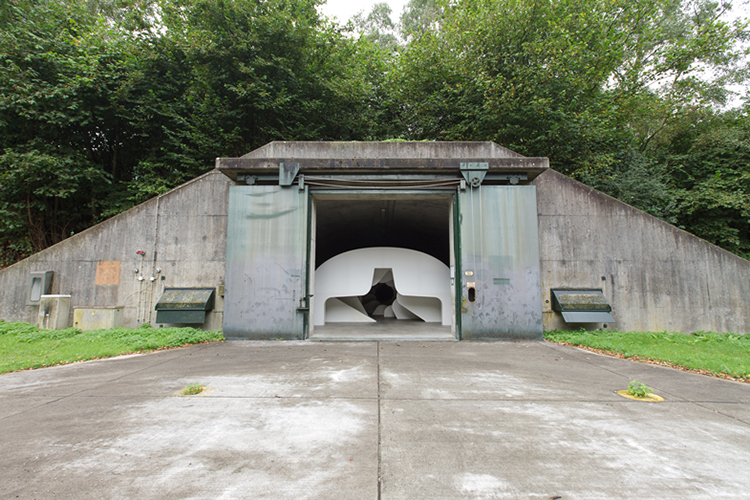 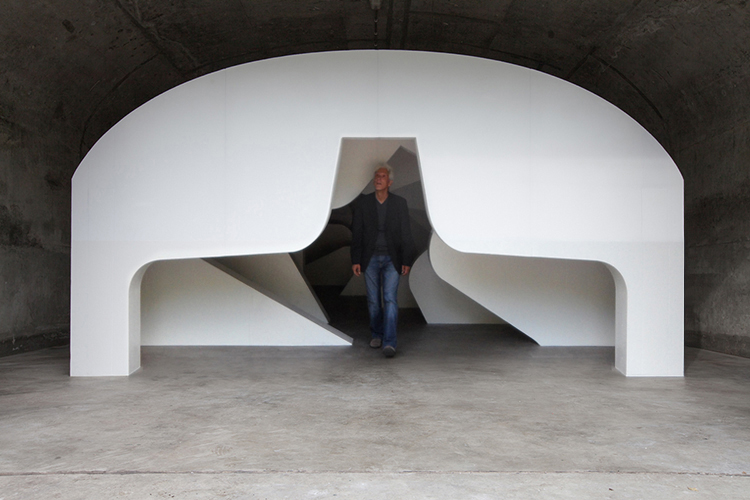 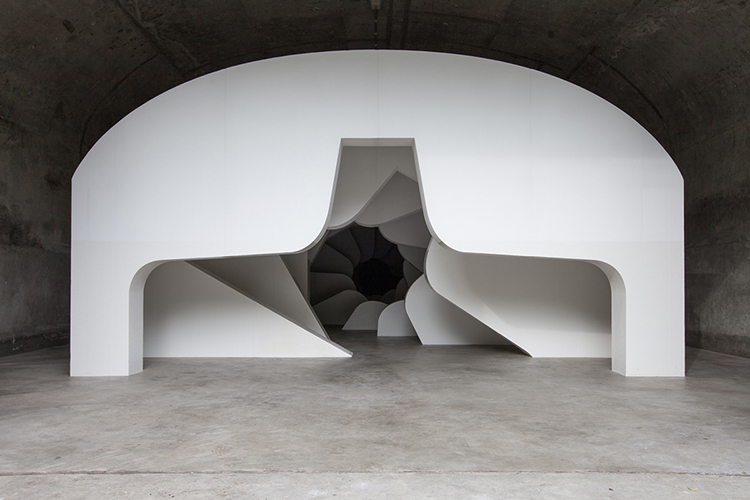 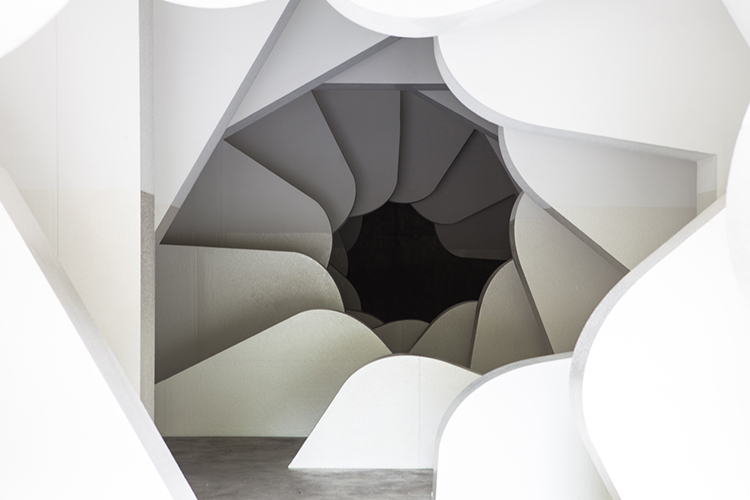 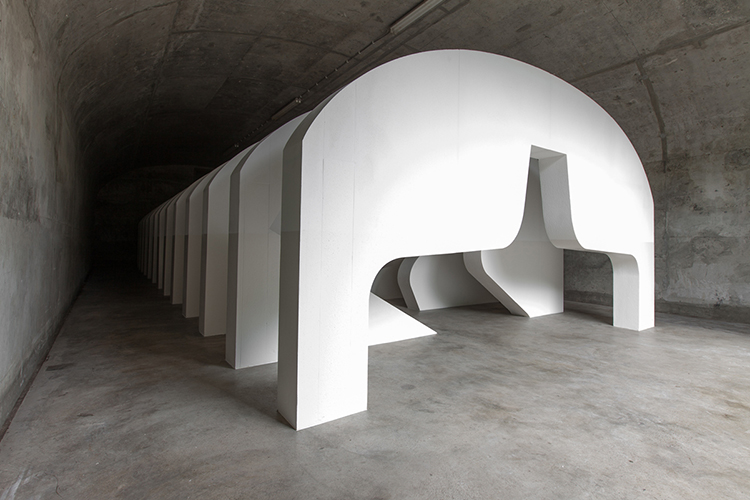 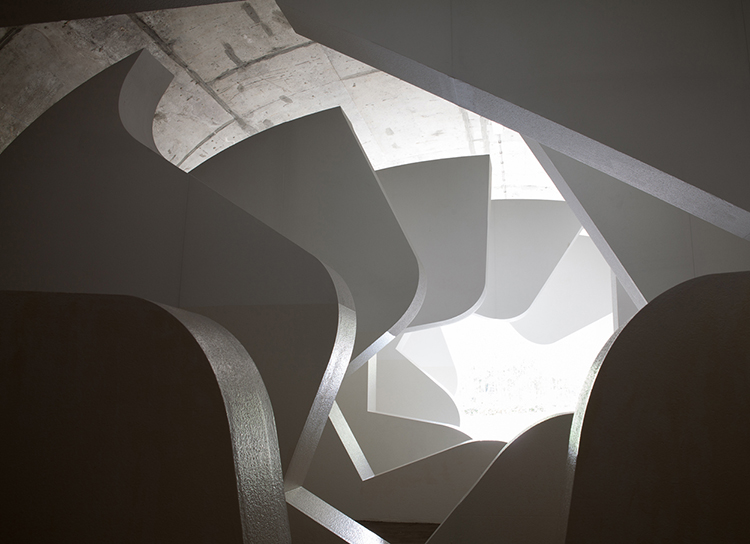 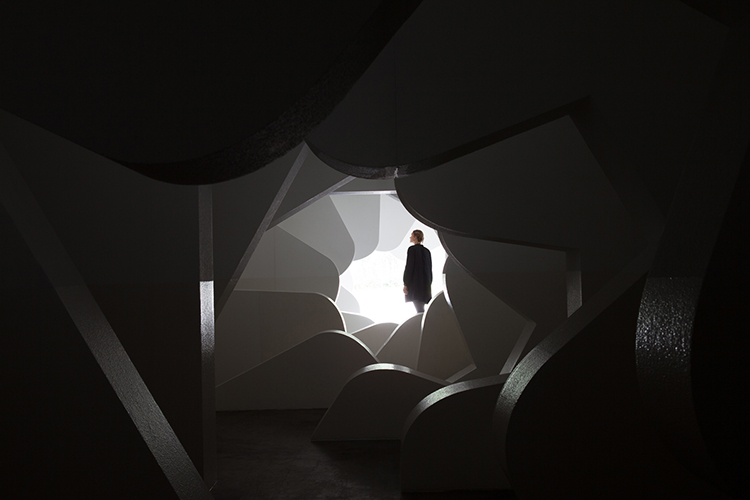 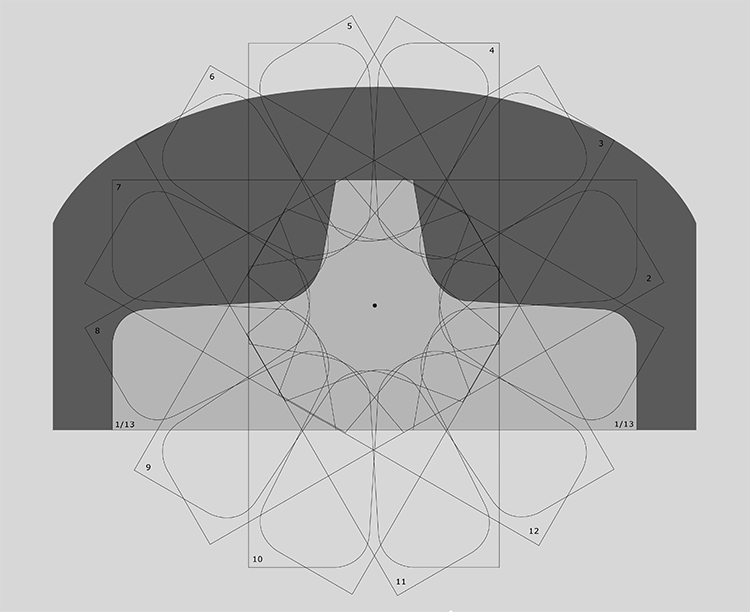 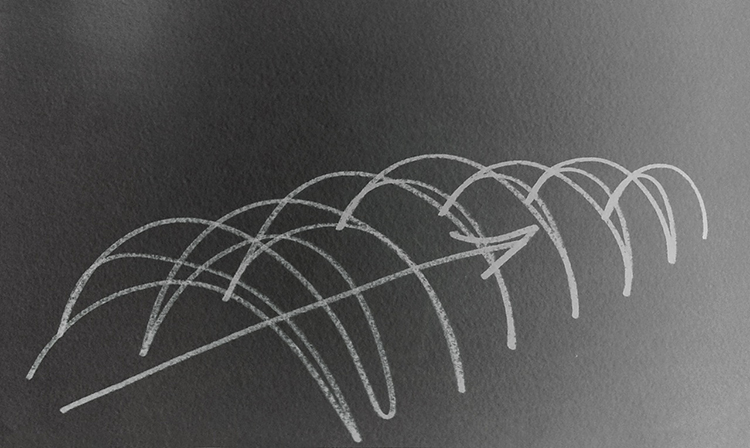 The work is a rectilinear sequence of fragments of the spin flight (vrille) of an airplane captured in thirteen architectural moments. Each of these function as a port that together create a passage through which an airplane can pass. The openings spin thirty degrees at each sequence. Each stilled moment has been transformed into an individual element of the installation. At the last still the spin (360°) is complete.

The interaction with the visitor is crucial. The viewer must physically follow through a prescribed and twisting path allowing for a personal narrative to take hold in a time and space that would normally pass in seconds.